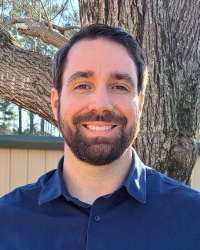 Alan Colvin completed his undergraduate degree from The United States Military Academy in West Point, NY and earned his Master of Medical Science in Physician Assistant Studies from Methodist University in Fayetteville, NC. He completed the clinical phase of his Physician Assistant Training at various outpatient clinics in the Fayetteville area and at Cape Fear Valley Hospital. Alan is also a veteran of the United States Army, having served two tours in Afghanistan.

Alan is originally from Connellsville, Pennsylvania, but has been living in North Carolina for the past ten years. He enjoys spending time with his wife and two children, exercising, and hiking the mountains.

View All of Our Providers

“Team is always ready and willing to serve the needs of the patient. I’ve been coming here a long time
and everyone is helpful and attentive”

“I receive excellent care, guidance and planning assistance from Ms. Proctor and her team. FMA provides an excellent medical home. Thank you. Keep up the good work!“

“Dr. Jo has been taking care of us for a long time. We are very satisfied with our care.”

“Your office is easy to get appointments; staff is friendly and communicate well.”

“Absolutely nothing [to change] unless you can clone Cameron Hardee and have 100 Camerons working here.”